THINGS TO DO AND EAT IN PHILLY:

Continue reading below to see where we ate and went in one day!

One Liberty Observatory – I usually try to make it to an observation deck for each big city I go to. I tried going to the one at city hall but it was closed, due to the snowy weather earlier in the day. Luckily, there were no lines when we went here so we almost had the place to ourselves! This 360 degree observation deck has only been opened since November 2015, so it’s relatively new. It’s currently known as the tallest standing attraction in Philadelphia!

Reading Terminal Market – Pronounced “red-ing,” this public market can be found in Center City. It’s filled with lots of vendors and merchants selling anything from food, flowers, clothes, crafts, and many more! I was too full by the time I got here, so I didn’t get to try any of the food, but I will probably be back again someday to try it!

Liberty Bell Center – If you’re into history, this is one of the most famous landmarks in Philadelphia, Pennsylvania! It’s an iconic symbol of American Independence. Admission is free, and it’s right across the street from Independence Hall. 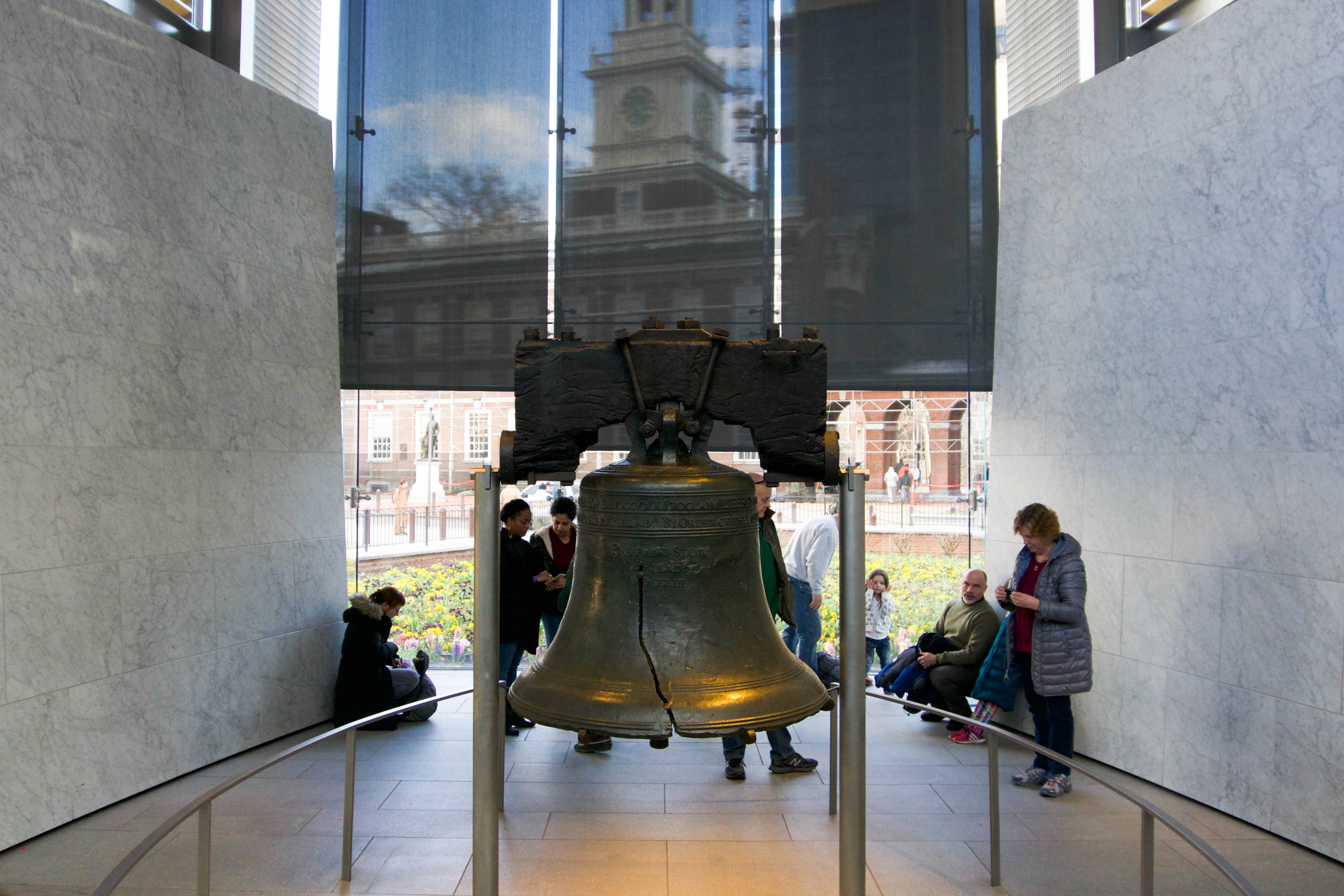 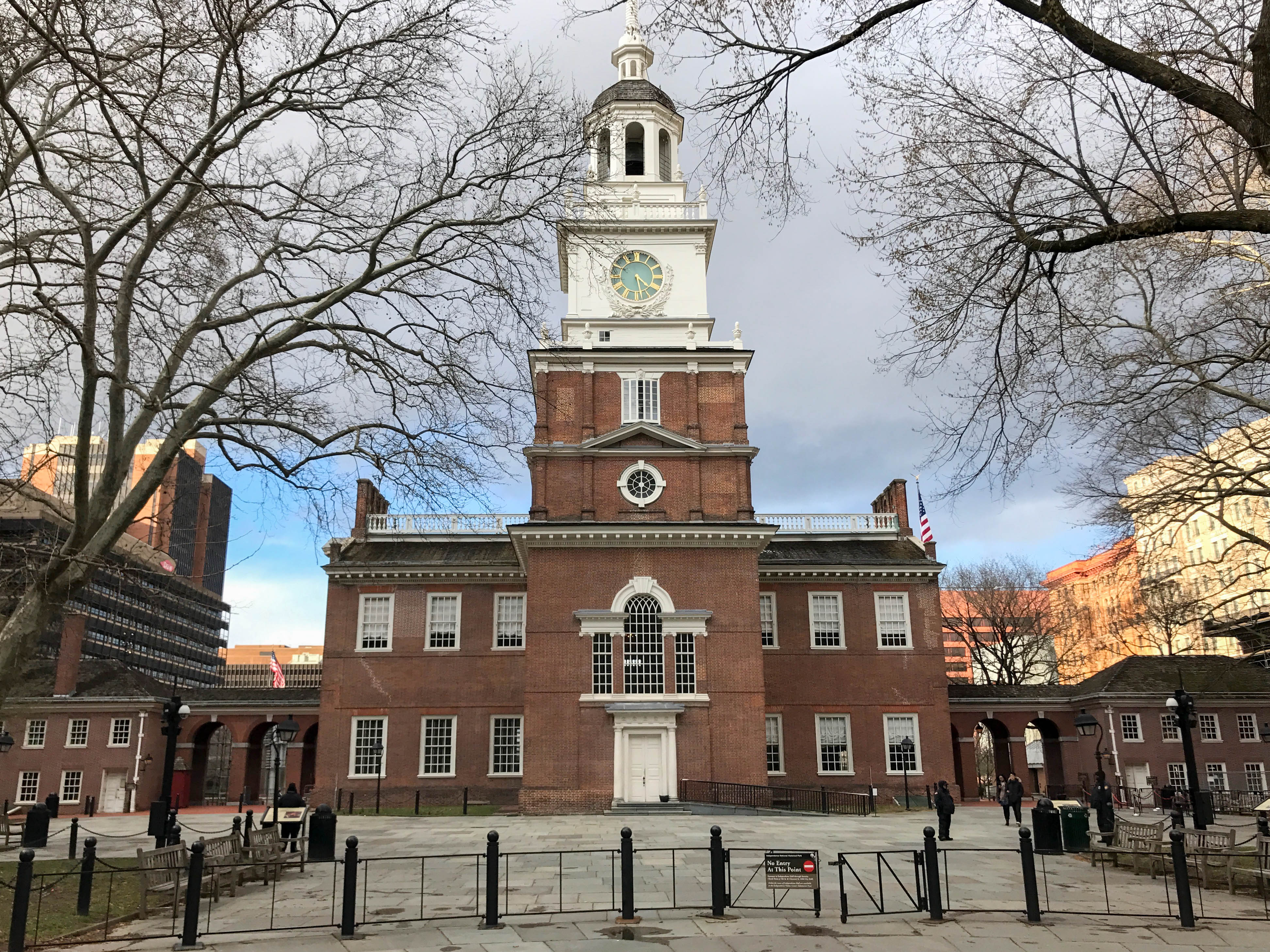 Jim’s Steaks – We had The Original Pat’s King of Steaks earlier in the day, so we had to try another Philly cheesesteak place to compare. We ordered the pepper steak this time and wasn’t in love with it. The meat was perfectly juicy and the bread was soft, but the abundance of sweet peppers threw it off for me. We went back downstairs and ordered a regular cheesesteak with wiz, and wow! It was way better. I’d definitely come back again for their cheese steak.

Jims Steaks is by far the best Philly cheesesteak I've ever tasted. The meat was juicy and bread was soft with the perfect amount of cheese whiz. 🧀 Definitely recommend!

Oyster House – There’s not many places in Texas where I can find raw clams, so when I travel to a city that has it, I just have to get it! This restaurant also offers $1 happy hour specials from 5-7 pm!

Green Eggs Cafe – This is a great place for brunch. I got the Sliced Lox Benedict and it was pretty satisfying. My sister ordered the Cookie Dough Stuffed French Toast and that was yummy as well. It was a little too sweet so we weren’t able to finish it. They also offer other menu items like red velvet pancakes, creme brûlée French toast, and many more!

Poke Bowl – This is one of the better poke bowl joints I’ve had so far! Everything tasted fresh and the sauces were great. They’re pretty generous with the protein portion sizes! The presentation for every bowl was perfect.

Original Pat’s King of Steaks – This was my very first Philly cheesesteak in Philly experience! It was freezing outside that day so the bread was a little hard, chewy and cold when I had it. The cheese whiz here was a little too thick for me but overall, the Philly sandwich wasn’t bad.

You can't go to philly without trying the infamous cheesesteak! That cheese whiz though 🧀😧😐

Chestnut Street Philly Bagels – It smelled amazing stepping into this little shop. Everyone was super friendly and the bagels were good. I was craving these rainbow bagels after having the ones from The Bagel Store in Brooklyn, NYC. This one was almost just as good!

We were only in the city for one day, so we crammed as much as we could! There were a bunch of places that I wasn’t able to get to, so hopefully I’ll be back again to have a more thorough guide someday.

If you have time to drive or take the train to Manhattan, New York, check out the NYC Food & Travel Guide here:
https://sherryvu.com/nyc-guide/

For more photos or places I haven’t listed, you can find it on IG under the hashtag #sherrytravelsphilly

Hello! My name is Sherry. I'm a content creator and blogger passionate about food, travel and lifestyle. I love to explore the world while promoting scenic destinations, searching for delicious food, and experiencing unforgettable adventures. When I'm not traveling, I enjoy immersing myself in my own city of Dallas/Fort Worth, TX, trying new restaurants and cooking. My goal is to inspire others to get out and experience the beauty of the world and what it has to offer.

Sukothai noodles 🍜 My favoriteee dish from @too

Temperatures finally warmed up a little for this w